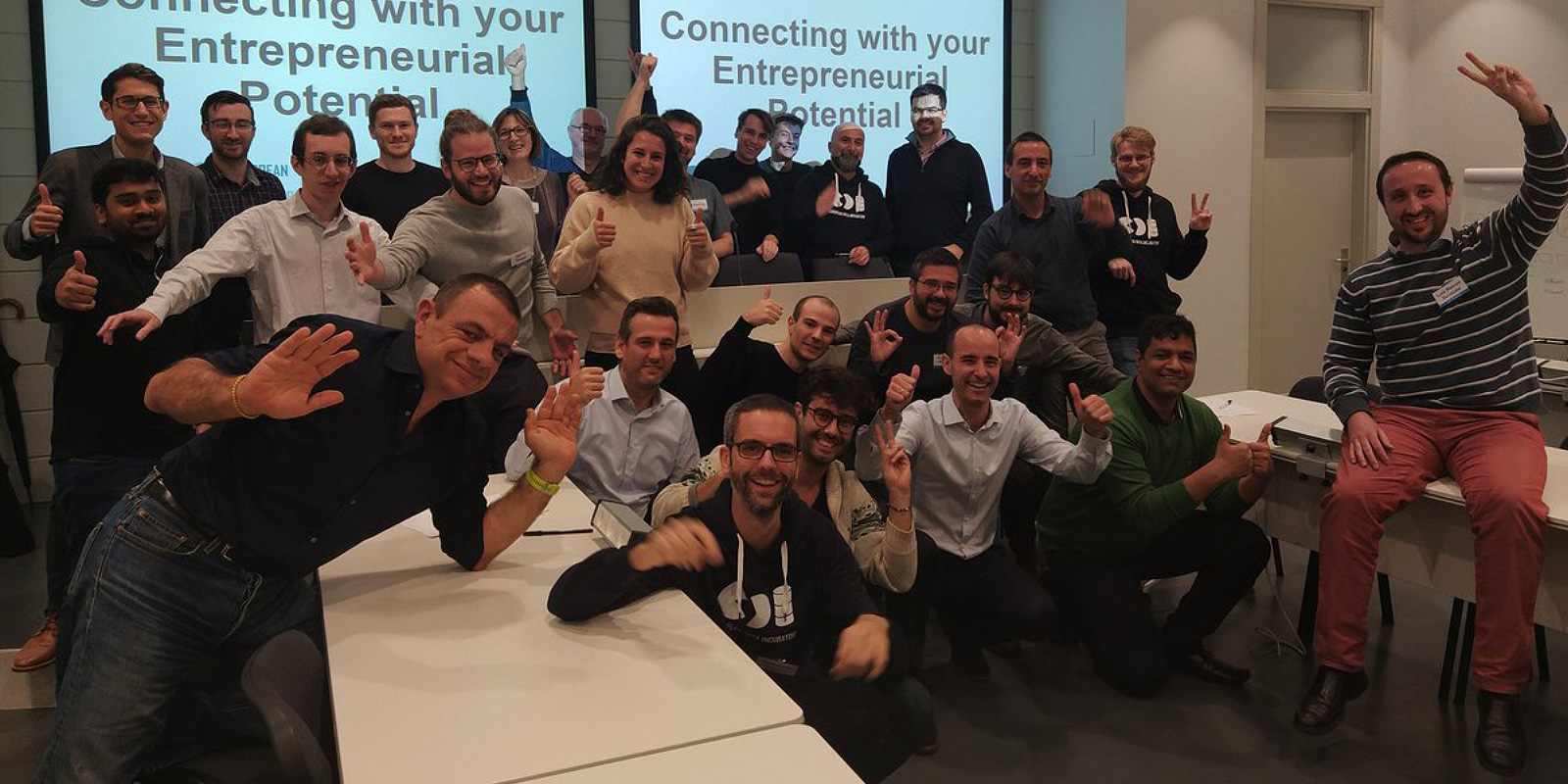 From Berlin to Bilbao, the 18 promising startups selected for the next stage of the European Data Incubator (EDI) programme came together to the University of Deusto for the Experiment phase.

This second stage of incubation focuses on supporting the chosen cohort in creating an MVP (Minimum Viable Product) and launching it into the market. Commencing a four month period running until 2020, the Experiment phase is an intensive mentoring and training journey for our startups, with support from coaches and the EDI partners. This began at the event in Bilbao with meetings taking place between the teams and their assigned coaches from etventure and the University of Deusto, as well as remote meetings with the assigned data providers – giving the startups rounded support from a variety of stakeholders on the project.

The Experiment kick-off event in Bilbao mission began with morning mentoring sessions covering “Networking that works”, by Iñigo Lopez and “How to Market a Disruptive Business” by Carlos Polo, setting the scene for a week of invaluable insights and the sharing of expertise between participants.

Nicely inspired for the week ahead, the team and coach meetings began. Discussions were opened to establish expectations on behalf of both the startups and the data providers, and to sketch initial concepts for the future products to be developed. Key milestones were also defined during these sessions and product backlogs recorded. To keep minds fresh there were some motivational input sessions for the teams in between the meetings, switching up the format throughout the first two days. Finally, the teams and coaches agreed on the KPIs that the teams would have to fulfil in order to achieve the expected growth and development and to have their funding released for the ongoing incubation phase until February. Amounting up to 80K for each team, and released in 3 parts, the funding supports the EDI teams and enables them to take action on the learnings gained through participation in training sessions on the programme.

Through the end of the week the teams benefited from the tech training days, a plethora of topical workshops led by the University of Deusto covering data model canvas, advanced analytics, data visualisation, among others, enriching and the Big Data analytics paradigm.

Concluding with a session on deep learning, the week came to an end and our startups returned home with a fresh intake of inspiration, knowledge and readiness to tackle the Experiment phase of EDI with spirit!

Further online meetings will take place between the startups and their coaches and data providers, one-on-one mentoring sessions, a collection of workshops, plus the deep dive into developing an MVP and solving the data providers challenge… Big milestones await our lucky 18 – stay tuned to find out how they progress!